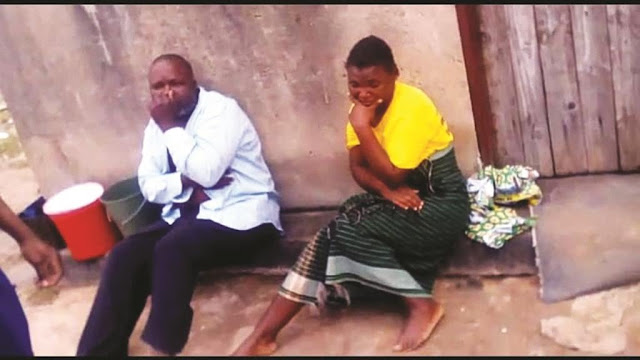 ZAKA – Two married Zanu PF members from Chiororo village who are in the campaigning team for aspiring Zaka Central MP Davison Svuure are the talk of Jerera after they were allegedly caught pants down in one of the growth point's suburbs last week.
Willard Ringe Ringe allegedly caught in the act with Violet Machokoto after Machokoto's nephew was tipped off by an informant.
The two were shamed and beaten before being locked up in a house so that they 'could go on doing what they were caught doing'. A video clip of the embarrassing incident was widely shared on WhatsApp.
Sources said Ringe Ringe is Ward 18 Councillor Daniel Mativenga's campaigning manager while Machokoto, who is a village health worker and a St Joseph High School Development Committee (SDC) member, is also Svuure's contact person in the ward.
It is said the two often met in Jerera at Machokoto's brother in-law's place where she would pretend to be cleaning.
"The two used to meet at the same place with Machokoto claiming to be cleaning the house of her brother in-law because he doesn't stay there," said the source.
The matter was heard at Mapanje village head's traditional court where Ringe Ringe was ordered to pay a beast to Machokoto's husband and a goat to the village head.
When contacted for comment, Svuure said he only heard of the incident through rumours, adding the two were just his contact persons in the ward not his campaigning managers as some people purported.
Another source said the two started their adulterous relationship a long time back and would often make appointments to see each other while lying that they were going for party meetings.local
Share !