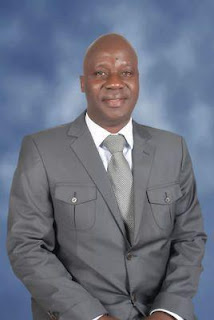 All roads lead to Mucheke Stadium this weekend where the MDC Alliance presidential candi-date, Nelson Chamisa will address his last rally for Masvingo Urban ahead of the July 30 harmo-nised elections.
Chamisa is expected to be accompanied by other alliance principals among them Tendai Biti, Welshman Ncube and Jacob Ngarivhume.
The Chamisa-led MDC-T Masvingo provincial chairperson, James Gumbi said the long wait was finally over as a star rally will be held on Sunday, July 15.
"President Chamisa came to Masvingo Urban earlier this year and addressed a rally at Mamutse Stadium but he was not the president then so there were growing calls by people from Masvingo that they wanted to have a date with the president before polling day and the wait is finally over.
"Masvingo will speak and we are expecting a historic turn-out," said Gumbi.
He said the oversubscribed rally addressed by Chamisa in Chiredzi about two months ago would be overshadowed by the expected turnout this weekend.
The Chiredzi rally at Tshovani Stadium had a record crowd of over 30 000 people.
"This will be the last rally for president Chamisa in Masvingo Urban before the July 30 polls and we will pledge to take back the parliamentary seat which was stolen from us by Zanu PF in 2013.
"No one will be left at home because wherever president Chamisa goes, huge crowds follow him because he is the only hope for impoverished Zimbabweans. From Masvingo, the people's presi-dent will round up the province with rallies in Gutu district," said Gumbi.top news