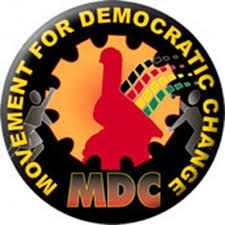 MDC Alliance parliamentary candidate for Bikita East constituency, Bonface Mudzingwa has called for peace ahead of the July 30 harmonised polls saying resorting to violence will discredit the election which without doubt will go the alliance's presidential candidate Nelson Chamisa's way.
Addressing a well-attended rally at Chikuku Business Centre in Bikita East, Mudzingwa said the people of Zimbabwe have seen that there is a brighter future with Chamisa than with the Zanu PF administration.
"It is time for the generational consensus. This is our time as the young people. The future is ours and we cannot trust an old man to lead us into the future we want.
"There is nothing for the young people without the young people so our time to rise is now and vote for the MDC Alliance," said Mudzingwa.
It has been reported that a group of MDC-T supporters in Bikita East beat up two Zanu PF supporters for wearing their party's regalia and left one of the victims battling for his life in hospital.
"We condemn violence in the strongest terms. We should tolerate diverse views and we encourage dialogue when there is a misunderstanding.
"This election is crucial because the youth will decide and the youth must campaign peacefully," said Mudzingwa.
Mudzingwa said people should vote into parliament people who have the capacity to discuss issues that will make an impact on their lives not bench warmers.politics
Share !