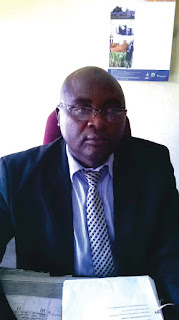 MWENEZI – As part of efforts to improve service delivery especially in refuse collection and road works, the Mwenezi Rural District Council (RDC) has purchased a new eight-tonne UD lorry and a tractor.
The vehicles were recently delivered to Mwenezi RDC offices, Neshuro growth point, and have already been deployed to aid service delivery efforts in the sprawling Rutenga and Neshuro growth points.
In an interview with TellZim News, Mwenezi RDC Chief Executive Officer (CEO) Albert Chivanga confirmed the development, acknowledging that inadequate equipment and few vehicles were a hindrance to the local authority's service delivery goals.
"We bought an eight-tonne UD truck and a tractor which has a dumper. The vehicles were delivered from Harare. All in all, the total cost of the vehicles amounted to US$172 000. The vehicles are going to increase efficiency in as far as refuse collection is concerned. They are also going to be useful in road works around the district," said Chivanga.local
Share !