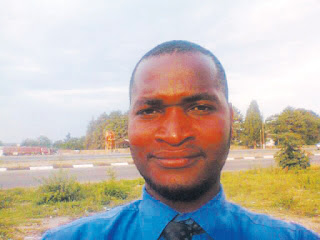 MPANDAWANA - A Gutu Rural Hospital medical doctor, Henry Mushuku last week appeared in the Gutu Magistrate's Court drunk and insulted magistrate Victor Mahamadi saying he was not fit to hear his case.
Mushuku (31), who resides in Gutu Suburbs, had been brought to court in connection with failing to appear in the same court on charges of negligent driving and driving without a valid driver's licence.

The case was supposed to have been heard on April 09 but Mushuku failed to appear in court on that day and was fined US$20.
The case then moved to April 24 but he again failed to show up, and a warrant of arrest was issued against him by magistrate Edwin Marecha, who has since been transferred to Harare.
Mushuku was only arrested at Makaki beer hall on July 13.
When asked by Mahamadi why he had failed to come to court, he began shouting at him, saying was not the right magistrate to judge him.
"You cannot deal with my case. How can you deal with the matter that was started by someone else? This judiciary is questionable. Remember, Mugabe was removed from power because of his incompetence, the same can happen to you. My case cannot be done by a drunkard like you," said Mushuku.
Magistrate Mahamadi then ordered that Mushuku be taken back to the cells where he spent the whole of last weekend.
On Monday, July 16, Mushuku was brought back to court where he was fined US$300 for the driving without a valid driver's licence charge and US$150 for the second charge of negligent driving.
He, however, explained himself out of the offense of failing to appear in court on April 24.
The State's facts, as presented by Millicent Azangwe, were that on March 14 this year, at around 00:15 hrs Mushuku was driving a Mazda vehicle past the Gutu District Administrator (DA)'s offices.
He failed to control the vehicle and hit the rear right wheels of a truck that was coming from the opposite direction, causing damage to the vehicle and injuring Admire George, a passenger in the vehicle.
A report was then made to the police, leading to Mushuku's arrest who was found to have been driving with a learner's license (provisional) without supervision.
Mushuku has become notorious for many misdemeanours including performing a Caesarean Section on Locardia Mbinda while drunk last year; botching the operation, leading to the death of the woman.local