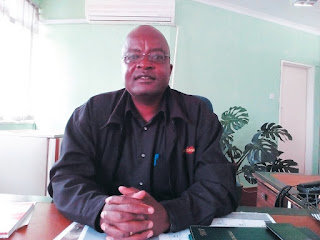 Gweru – Mayor Charles Chikozho has called on the government to implement realistic mechanisms on imports so as to boost the development of the local enterprises and promote the buy local concept in the country.
Speaking recently at the 8th Buy Local Summit held under the theme "Competitiveness and retaining local preference in an open economy", Chikozho said coming up with local content policy and realistic mechanisms on imports substitutions will help turnaround the economy.
"At a most basic level when you buy local more money stays in the country so I hope this summit will help to come up with strategies that promote the buy local concept in our economy.
"The business community must help in sourcing funds for domestic enterprises as this is a critical sector if we want to promote the buy local concept.
"I hope strategies are going to be brought forward to come up with realistic mechanisms on import substitutions which are crucial in developing our economy," said Chikozho.
Chikozho emphasised on the creation of employment through production of local goods and services for consumption locally and abroad.
"We need to promote locally produced goods. We do not want a situation where we import goods which our very own people can produce. We have to be exporting some goods not to just be importing.
"We will be proud of ourselves as Zimbabweans if we reach such levels of economic growth where we are able to produce our own goods and money will be circulating internally not the situation we have where all the money is being given to other economies importing goods which can be produced locally," said Chikozho.local
Share !