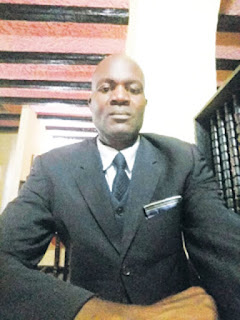 …'how can we entrust people who fake qualifications with leadership?'

Brighton Chiseva
ZAKA – Zanu PF aspiring candidate for Zaka Central constituency, Davison Svuure, who claims to be an engineer by qualification, has had the authenticity of his claims questioned by the people from his own constituency.
Svuure won the Zanu PF primary elections ahead of heavy weights like the outgoing MP Paradzai Chakona and Advocate James Makiya.,
It is, however, his public claims that he holds an engineering qualification that has send tongues wagging, with many people saying he is a mere metal worker who is into welding business.
Sources who spoke to this publication said Svuure operated a workshop in Harare where he does welding and not mechanical engineering.
"Svuure is not an engineer as he claims. I know his workshop in Mbare where he makes scotch carts and other things but he is lying to people by claiming to be an engineer. How then can we trust people who falsify their qualifications to be good leaders?" said one Zaka Central resident.
Another source said Svuure was lying to the electorate promising them that he would definitely land a cabinet post and put them on the gravy train once he won the election.
"He is telling people that his academic qualification put him on pole position to land a cabinet post so that he will be better positioned to put them on the feeding trough. But that is all fake. You can't hold such people accountable," said another resident who stays in Jerera.
When contacted for comment, Svuure dismissed the issue saying those who disputed his qualifications were trying to soil his name and reputation.
"Those are mere allegations meant to tarnish my name. Besides, what does that have to do with the development I am bringing to the constituency? Do people need my qualifications or they want development?" said Svuure.
He refused to state where and when he acquired his engineering qualification, saying that was a non-issue in the elections.
In the run-up to the Zanu PF primaries Svuure donated water pipes for water projects in ward 18 and also donated cement for the construction of small bridges across streams in his constituency.
Svuure shocked all and sundry when he defeated the more experienced Chakona in the party's chaotic primaries that were widely described as a sham.topnews