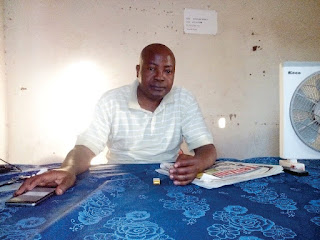 Cancer is not new to our humankind as it has always existed for many years, with our ancestors using traditional herbs to cure all cancerous ailments of their times.
In Africa, contemporary knowledge on cancer points an accusing finger to fast food outlets whose means of food preparation and preservation have been argued to be unhealthy.
Cancer is an abnormal growth of cells that tend to proliferate in an uncontrolled way and, in some cases, to metastasize (spread).
In many countries, skin cancer is the most common type of malignancy for both men and women but the second most common type of cancer in males and females globally is prostate cancer and breast cancer respectively.
Newton Mudzingwa, a senior traditional medical practitioner from the Herbal Wellbeing Clinic, says traditional medicine is the only fully effective way to fight cancer in Zimbabwe.
"Scientific cancer management gives an average of 2-5 percent success rate as compared to 60 percent globally for traditional medicine. In a nation like Zimbabwe, curability rate of cancer can go up to 80 percent based on people having sufficient knowledge of food types," said Mudzingwa.
Mudzingwa says while traditional medicine seems to be gaining respectability elsewhere, most Zimbabweans are still steeped in Eurocentric backgrounds that prevent them from taking an alternative approach to health and wellbeing.
"Cancer is a single disease. It is named after the part of the body it has affected, for example, breast cancer on the breast, cervical cancer on the cervix, skin cancer on the skin and lung cancer on the lungs.
"Traditional medicine works better if the person has not been exposed to chemotherapy, radiotherapy and surgical procedures. It's good to know your body in order to cure cancer at its early stages.
"Our nation is under siege from new cases of cancer that are not being treated due to lack of knowledge on the scientific side. With traditional medicine, cancer is curable and it has existed for many years and was treated using traditional medicine," said Mudzingwa.health
Share !