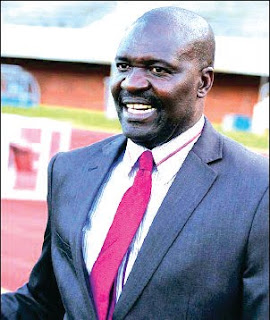 ...with decisive victory over Dynamos, Bvaru-Bvaru

CHIREDZI - Triangle United Football Club (Sugar-Sugar Boys) have received a boost to their confidence following an impressive 5-0 victory over Shabani Mine FC (Bvaru-Bvaru) at Gibbo Stadium last weekend.
Sugar-Sugar Boys have so far played 18 games and have won 10 of them, with the latest win making them number three on the Premier Soccer League (PSL) log table with 32 points.
Other top performers on the log are Chicken Inn (31), Ngezi Platinum (32) and log leaders FC Platinum (42).
The first four goals were scored in the first half by Ralph Kawondera, Lameck Nhamo, Phineas Bamusi and Collins Dhuwa who unthreaded a shot outside the box and claimed a score.
Agrippa Murimba netted the fifth score in the second half.
One devoted Sugar-Sugar Boys supporter, Wonder Dendere praised Triangle coach, Taurai Mangwiro, for the glory that the team is enjoying.
"When Mangwiro came to Triangle, it seemed he had come on a mission impossible but he soon oiled his machine so much that we have now became the best team to watch," said Dendere.
Triangle FC have now gone for six matches without a draw and they will face Ngezi Platinum FC this Saturday and Highlanders on July 28.
In his remarks, Mangwiro said he was not surprised by the victory, saying the team had worked hard for it.
"Our latest victories against Dynamos and Shabani do not necessarily make us the best of them all, but they show that we are working very hard and are determined to win every match. We don't underestimate any of our rivals," said Mangiro.sport
Share !