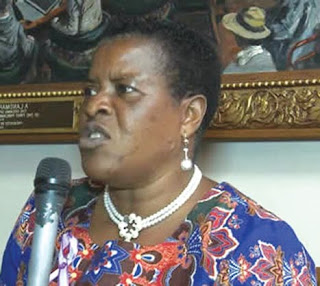 Three Zanu PF supporters, who are employees of Gutu Central legislator Berita Chikwama, were last week arraigned before Gutu magistrate Victor Muhammad facing theft charges after they stormed Maphios Mlambo's home and took off with 60 litres of diesel, car jack and wheel spanner.
Admire Masiya (37), Kudakwashe Mundezha (28) and Zvaoma Musha (26) were charged for contravening with Section 113(1) of the Criminal Law Codification and Reform Act Chapter 9:23.
They were remanded out of custody to July 4 for continuation of trial.
The state's case as presented by Samuel Magobeya was that on May 17 this year, Mlambo's driver, Mathias Mazuva, was on his way from Bhasera Business Centre driving Mlambo's lorry.
Upon reaching 200 metres from Mlambo's homestead, Mazuva stopped to assist Levison Marwizi who was attending to a breakdown on his vehicle.
Then immediately Masiya arrived driving Chikwama's car full of Zanu PF supporters wielding iron rods who then disembarked from the vehicle and charged towards Mazuva.
Sensing danger, Mazuva drove off home and hide himself in a nearby bush. Masiya and company then followed Mazuva to Mlambo's home and they took three containers that had 60 litres of diesel, wheel spanner and a car jack before driving off.
Mazuva then came from hiding and immediately filed a police report leading to the trio's arrest.politics
Share !