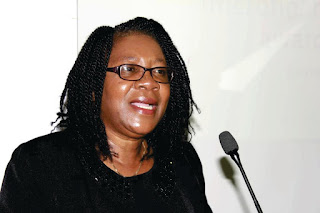 HARARE - The Zimbabwe Microfinance Institution (ZMFI) last week launched its inaugural microfinance excellence awards at Jameson Hotel where institutions that have excelled in the sector for the past 15 years in areas of working with women, establishing in the rural market and those embracing the digital platforms as the country is headed towards a cashless economy.
ZMFI which works with both the micro finances in Zimbabwe and the RBZ has taken another step in recognising micro financiers who have done well in past years on compliance, resilience and transparency.
With all 190 micro financiers on board, the institution hopes to motivate micro financiers to work towards the goal of developing the country through financing of small projects and the informal sector.
ZAMFI board chairperson Patrick Mangwendeza said the micro finance has come of age and results should be seen through executing befitting programmes.
"Today we are launching the Microfinance Excellence awards to reward excellence to the sector and the public at large. The awards are a way of encouraging hard work and inculcate positive competitive spirit within the sector as we learn from other institutions," said Mangwendeza.
The RBZ representative at the occasion Rachael Mushosho commended the step taken by ZMFI as a milestone achievement since the Microfinance Institutions (MFIs) are helping to drive the economy in the financial sector.
The awards are set for November this year and nominations will be in progress soon as the benchmarks are put in place since there are on their final stages with key stakeholders participating to make the awards a success.
Share !