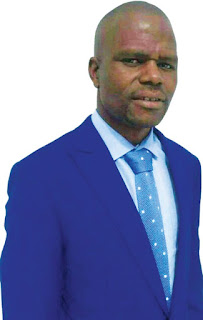 GWERU - MDC Alliance's winning parliamentary candidate for Chiwundura, Livingstone Chimina is a lucky man after he snatched the constituency from Zanu PF's Brown Ndlovu by 217 votes.
Chimina won the seat with 14 895 votes against Ndlovu's 14 678, one of the slightest margins to be recorded in the elections.
Being a rural constituency, Chiwundura had been regarded as a Zanu PF stronghold, with Chinama getting into the race as an underdog.
He, however, pulled a surprise by defeating Ndlovu who had been MP for the area since a by-election held in July 2017 following the death of Kizito Chivamba who had been MP since 2013.
"I would like to give thanks to the MDC Alliance for giving me this opportunity to represent the people of Chiwundura. I promise to represent their interest in the National House of Assembly.
"I promise to represent the interests of the constituency and will do so in a non-partisan manner. I will provide servant leadership in order to bring development to the constituency," said Chimina.
He said he won despite the odds being heavily stacked against him, with Zanu pF allegedly indulging in flagrant vote-buying.
"The elections were neither free nor fair. There was massive vote-buying through the distribution of farming inputs and massive intimidation in resettlement areas by the Zanu PF candidate and his supporters," said Chimina.
Other candidates that contested in Chiwundura are Blessing Murondiwa (independent) 3 153 votes, Thulisile Guyo (People Rainbow Coalition, PRC) 443 votes, Ronica Tekede (Zimbabwe Partnership of Prosperity, Zipp) 319 votes, Michael Monde (Build Zimbabwe Alliance, BZA) 222 votes and Wilbert Vika (Alliance for People's Agenda, Apa) 79 votes.local