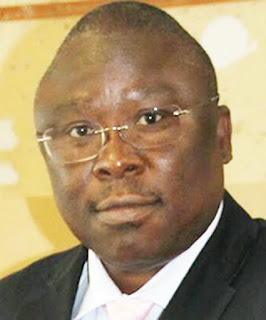 United Democratic Alliance (UDA) polling agents are up in arms against party president, Daniel Shumba whom they accuse of failing to pay the allowances owed to them for representing him at various polling stations during the July 30 harmonised elections, TellZim News has learnt.
Some of the affected agents who spoke to TellZim News said Shumba just went stone silent after the announcement of election results, and he avoided them each time they tried to engage him over the matter.
One of the agents who declined to be named for fear of victimisation said Shumba failed to honour his promise to pay them their allowances and has since removed them from the party's WhatsApp group.
"We have tried to confront him over our money but he is ignoring our complaints. He has removed us from the WhatsApp group called UDA Orientation which was created for us agents. He doesn't pick our calls when we try to reach out to him," said the agent.
When contacted for comment, Shumba dismissed the matter saying the people could be bogus, daring them to produce V11 forms to prove that they were genuinely his agents.
"How do you know that they are not fraudsters? Did they show you the V11 forms to prove that they were my agents?  All agents were given those forms. You should not have called me, you should have called the council or parliamentary candidate of their area, not me," said Shumba.
Efforts to get a comment from Fadzai Chaderopa, who was in charge of compiling the list of agents before the elections, were fruitless as her mobile went unanswered.
Prince Nota who ran for the Masvingo Urban Ward 7 council seat on a UDA ticket, could neither confirm nor deny the allegations saying the money was supposed to be sent to the agents directly.
"The money was supposed to be sent to the agents directly not through me so you can call the president and hear from him," said Nota.
Shumba's party is one of the losing parties that have reportedly failed to pay the polling agents it employed.
Joyce Mujuru's People's Rainbow Coalition (PRC) was recently involved in a dispute with its 87 polling agents in Shamva South constituency after failing to pay them for services rendered.
Linda Masarira of MDC-T (Khupe faction) recently admitted on Twitter that she was in debt after losing the race for the Harare Central parliamentary seat.