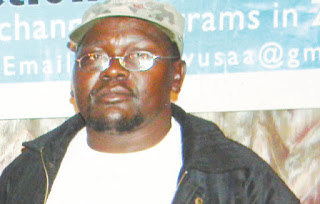 The election mood in the country seems to be very much still with us despite President Emmerson Mnangagwa's calls for the country to move on.
This is in light of MDC Alliance leader, Nelson Chamisa filing a Constitutional Court application, challenging the Zimbabwe Electoral Commission (Zec)'s declaration of Mnangagwa as the winner of the July 30 elections.
The court challenge has seen Mnangagwa's inauguration, which would have been held on July 12, being put on hold pending the jury's findings.
This has heightened expectations especially among citizens who are sympathetic to the opposition, with many of them hoping for Chamisa to be declared winner or, at least, for the results to be nullified to give way for a rerun.
Some people who spoke to TellZim News said they were confident that Chamisa will prevail.
"He has a strong case. There is overwhelming evidence that will make it impossible to dismiss the case without seriously damaging the image of the judiciary," said one opposition sympathiser from Mucheke.
Another one said he agreed with Chamisa's claims that he won the presidential election with over 2.6 million votes.
"I trust his claims that he won the election with over 60 percent of all genuine votes cast. Zec colluded with Zanu PF to cheat him of his victory and I hope the court will do the right thing without fear or favour," she said.
A resident of Rujeko said Chamisa had a solid case against Zec but she did not trust the country's judiciary.
"This is just waste of time because the court will rule in favour of Zanu PF. The court is under their implicit control, just like Zec is doing their bidding," she said.
When contacted for comment, political analyst Dr Takavafira Zhou, however, expressed confidence in the judges' capacity to deliver a fair ruling.
"The judges have to make history and that history can only be made by considering the voluminous evidence that was submitted. Unless there is pressure from some individuals, they will be objective because the evidence is very glaring," said Zhou.
A team of judges led by Chief Justice Luke Malaba is expected to hear the merits of the case and make a decision in the next fortnight although Mnangagwa's lawyers are fighting for the case to be dismissed on several technical grounds they have raised including that the case was purportedly filed later than the Constitution allows.
The court's decision will be final, and in case that no rerun is ordered, the winner will be inaugurated by August 25.top news
Share !