Home » »Unlabelled » Fossil fuels must be phased out for good

Fossil fuels must be phased out for good

Coal fired power stations are the most dangerous energy sources owing to their adverse impact on the environment and human health.

Of coal's many environmental impacts none are as harmful, long term and irreversible as global warming. Global warming is caused by emissions of gases primarily from human activities that rise into the atmosphere and act like a blanket, warming the earth's surface.

Coal contaminates everything it comes in contact with and creates problems at every step of its life cycle. It is widely recognized that Africa is one of the most vulnerable regions in the world due to widespread poverty, limited capacity to adapt and its highly variable climate.

Zimbabwe is particularly vulnerable due to its heavy dependence on rain-fed agriculture and climate sensitive resources. The major impacts posed by climate change in Zimbabwe include floods and droughts. Floods have destroyed both urban and rural infrastructure in the past and, to a larger extent, has led to massive loss of lives and left many homeless.

Zimbabwe's President, Emmerson Mnangagwa recently commissioned the expansion project of the Hwange Thermal Power Station. Launched in June 2018, the project is being undertaken by Power Construction Corporation of China (Power China) and is expected to add 600 megawatts of electricity to the national grid. The Hwange Thermal Power Station is the largest coal-fired power station in the country and is also ranked 14th largest thermal power station in the Sadc region. However, the huge investment in coal-fired power stations comes at a time when the whole world is trying to move away from sources of energy that are not environmental friendly.

The Hwange Thermal Power Station expansion project has been approved despite the country's Climate Policy which outlines commitments to joining the international community in fighting climate change in pursuit of Sustainable Development Goals which can best be attained through taking the low carbon pathway.

The Paris Agreement, signed by 195 parties with broad engagement ranging from business and sub national actors to citizen groups, crystalised the world's commitment to the stabilisation and reduction of emissions while limiting global temperatures to well below two degrees.

This will take the world to above pre-industrial emission levels while pursuing efforts to limit the temperature increase even further to 1.5 degrees.

Although Zimbabwe has shown great commitment to addressing climate change by ratifying the Paris Agreement, the country continues to rely on coal-powered thermal stations that emit large amounts of greenhouse gases.

Under the Paris Agreement, parties including Zimbabwe advanced national targets known as Nationally Determined Contributions that identify their roadmaps towards lowering emissions. The expansion of the Hwange Thermal Power Station is likely to prevent the country from reaching its national emission reduction targets thereby making global climate goals harder to attain.

The long term goal of well below two degrees requires countries to completely shift away from coal. Coal-fired power stations are believed to be the largest contributor to greenhouse gases and as such, there is need for an immediate end to investments in new fossil fuel production and infrastructure.

In addition to that, once coal-fired power plants are in place, they will likely to run for more than several decades and lock the world into a carbon intensive system. The immediate action on climate change will allow the world to achieve the Paris Goals at a lower cost but achieving reaching those goals will not be possible without a rapid phasing out of existing coal-based electricity and a dramatic reduction in the construction of new thermal power plants.

A strong focus on renewable energy sources and a substantial decline in fossil fuel production and consumption is key to achieving the goals of the Paris Agreement. If countries continue with their existing coal-fired power stations and build new ones, they would be closing the door to the 1.5 degree target. Africa has strong potential for electricity generation from hydro, solar and biomass resources in fact the continent have enormous potential to develop its energy sector using clean renewable energy.

By having more fossil fuels burning in Zimbabwe, we expect – from a long term perspective – to suffer more of the effects of climate change. The country should put an end to fossil fuels and move towards a just transition to 100 percent renewable energy for all.

The country should enact laws that promote the development of renewable energy sources such as hydro and solar. The government must push for a reduction in carbon emissions so as to foster a post fossil fuel society. It also is my hope that as countries gather in Poland for COP 24, concrete resolutions will be made to put an end to fossil fuels. 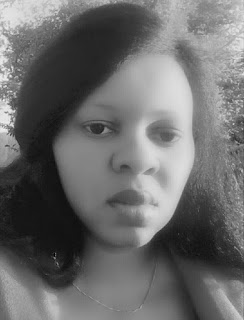 The author is an Environment and Climate Change Specialist.