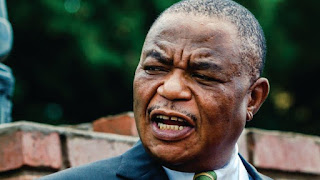 CHIREDZI - The government has urged Tongaat Hulett Zimbabwe to give its employees fair remuneration and improve their living conditions so as to improve productivity and achieve cohesion, the government has said.
Addressing sugarcane workers at Gibbo Stadium in Triangle last week, the Minister of Lands, Agriculture and Rural Resettlement, Rtd Air Marshal Perence Shiri said the salaries being received by sugarcane workers were low and their living conditions were 'pathetic'.
Zimbabwe Sugar Milling Workers Union (ZSMIWU) had invited Vice President Constantino Chiwenga to address employees but it was Shiri who was then sent to represent him.
"Government is of the knowledge that we have sugar plantations here in Chiredzi with a lot of workers and it is our desire to see to it that that the workers' wages and living conditions are upgraded.
"We should set the best practices when it comes to taking care of our workers so that other countries in the region can emulate us. If we give a good remuneration to our workers, they will work harder and the company will realise more profits," said Shiri.
He also said his ministry had received a paper from the sugar company on what can be done to avoid retrenchments.
"We are engaging their management and it is government desire that the company grows so that they will employ more people instead of retrenching. We want local companies to grow bigger than they currently are," said Shiri.local