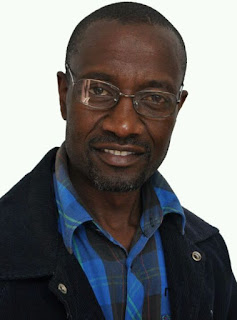 When he was elected mayor of Masvingo back in 2013, Hubert Fidze had his work cut out for him, with his predecessor Femius Chakabuda having set the bar very high.
Fidze, however, went out of his way to prove his worth; often taking enormous strain to keep residents well-informed and council policy well-articulated.
History will judge him as the greatest communicator of all time, a man who demystified the office of the mayor by bending over to listen to every view and opinion, no matter how small.
Though he could not get another mandate to serve, thanks to divisive politics of factionalism and treachery, his contribution will forever remain larger than life.
Throughout his term, Fidze and his other MDC Alliance councillors were subjected to disciplinary hearings by the party's district executive on many spurious allegations that were never proven.
But this did not stop Fidze from meeting the expectations of residents as he made himself available to give answers when needed.
He lost in the party's chaotic primary elections in May, therefore, could not contest in the just-ended elections where his Ward 6 was consequently snatched by Zanu PF.
Munyaradzi Bidi, of the Anti-Corruption Trust of Southern Africa said Fidze had done well to engrave his name onto the undying memories of those who cared to remember.
"We came to know about Masvingo through this man. He has carried the city on his shoulders and it would be amiss to write about Masvingo without mentioning his name.
"There probably are bad things about him that we do not know but I am glad he managed that very well," said Bidi.
To residents he was a father, to resident organisations he was a good listener and to journalists he was a good friend.
Whenever there was an emergency in the city, Fidze would make himself available to explain the situation and the way forward.
Fidze is in many serious WhatsApp groups, and he used those platforms to update residents on the water supply situation, refuse collection challenges and other issues of interest.
Masvingo United Residents and Ratepayers Alliance (Murra) spokesperson, Godfrey Mtimba said it would be difficult to get another mayor of Fidze's calibre.
"He is second to none, simply the best we ever had or possibly could ever get. He was a great listener and harnessed the power of social media to keep in touch with residents," said Mtimba.
TellZim News, news editor Moses Ziyambi described Fidze as the greatest communicator of all time who worked to make official information easier to get.
"The media fraternity will miss Fidze. He was not as difficult as other leaders with regards to the release of information. He literally removed the door to his office and made all journalists feel welcome," said Ziyambi.
Outgoing Masvingo Urban Zanu PF Ward 10 councillor Lovemore Mufamba said Fidze was a rational leader who made compromises for the good of residents.
"Fidze was a good leader and it was really an honour to work with him. I wish him well in all his life's endeavours. Masvingo bids farewell to a great mayor," said Mufamba.
During Fidze's tenure, Masvingo City Council bagged such accolades as the Most Improved Service Delivery Local Authority, the 2016 Zimbabwe International Trade Fair Medal in Civic Participation Category, the 2015 Inaugural Public Sector Management for Most Improved Service Delivery Local Authority, 2016 Financial Management Award of Excellence in Revenue Collection, Credit Control and Risk Management First Runner-Up among other awards.local
Share !