Gusha calls it a day 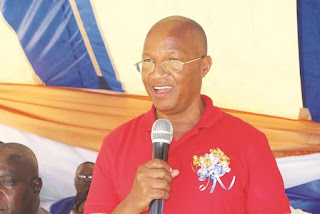 City of Masvingo town clerk, Adolf Gusha is stepping down at the end of this month, bringing to an end his 31-year-old date with the council.
Gusha confirmed that he was leaving his job after reaching the legal age of retirement.
"I will be leaving at the end of August to go and rest. I have reached 65 years and I have played my part. It is time to go home and rest," said Gusha
Gusha joined the municipality in 1987, and served in various capacities before being appointed substantive town clerk in 2004.
Before joining Masvingo town council, he worked for Shurugwi Rural District Council and for the Ministry of Local Government.
His record as the topmost council manager in Masvingo was marked by both ups and downs; many will remember his runs-in with former executive mayor, the late Alois Chaimiti in 2007 and 2008.
He won the city many service delivery awards but was also there when former employees left the council destitute after a costly legal suit for unpaid wages. The legal wrangle resulted in all council vehicles getting attached in 2011.
Gusha, however, presided over a remarkable recapitalisation drive which saw the council buying new service vehicles altogether.
The introduction of a roads levy in 2015 drew the indignation of many residents, but it seems the idea has paid off, with the city last year commissioning its own fleet of earth moving equipment needed for roadworks.
Gusha will mostly be remembered probably for leaving behind a city that boasts arguably the cleanest municipal water in the country.
The city recorded few, if any, incidences of cholera in 2008, at a time when thousands were dying of the waterborne diseases in other urban areas.
He also leaves behind a city with a few hundred people on the official housing waiting list, as thousands of home-seekers of yesteryear are now accommodated in the sprawling new suburb of Victoria Ranch.
Gusha, however, also leaves behind decaying pipes and deep trenches of the botched Mucheke Trunk Sewer project which has cost the ratepayer millions of dollars yet with nothing to show of it.local
Share !