Makumire wants to be Chiredzi’s 1st ever independent town chair 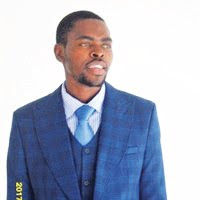 CHIREDZI - Recently-elected Ward 3 Cllr, Ropafadzo Makumire has thrown his hat in the ring as the jostling for the vacant post of town chair intensifies.
Chiredzi town has eight wards that are evenly divided between the ruling Zanu PF and the opposition, with MDC Alliance holding three of them.
Makumire told TellZim News he got what it takes to provide good leadership in council and to put the town on course to attain municipal status by year 2023.
The 25-year-old Makumire has an Honours Degree in Rural and Urban Planning from the University of Zimbabwe (UZ) and he says he is working on his thesis for his Master's in Urban Design.
"I have vast knowledge of local governance and if given the opportunity to be the leader of all elected officials in council, the town's fortunes will definitely change for good. I am an independent councillor, meaning I am not beholden to any political party and my decision will therefore not be informed by partisan motives.
"Efficient service delivery has for long been compromised by too much partisan interference in the work of councillors and council management. It is my wish that we act differently this time around so that whatever decisions we take are taken for their merit," said Makumire.
He said he would work to increase residential, commercial and industrial development as well as to improve service delivery and fight corruption so as to meet the minimum requirements for municipal status.
Meanwhile other Zanu PF councillors like Obert Ngwenya (Ward 2) and Liberty Macharaga (Ward 4), who had been regarded as front runners for the post, seem to have withdrawn from the race most probably due to pressure from their political party which is believed to be favouring somebody else.
"Being a leader is a big sacrifice for the people you serve. Yes, there might be pressure but being a leader means how to deal with every situation for the best interests of the people you serve," said Macharaga.
MDC Alliance's Gibson Hwende (Ward 1) seems to also have withdrawn his bid and has said he will only seek an advisory role to help whoever gets elected.
"I will just take an advisory role as a senior councillor because as for now, I have no interests in that post," he said.
Makumire would need the MDC Alliance's three votes, his own vote plus at least one from the four Zanu PF councillors to be town chair.local
Share !