Masvingo runs dry, goes for one week without water 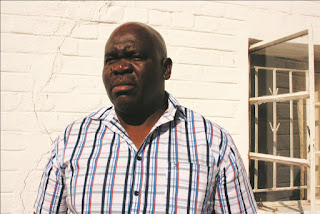 Upenyu Chaota
MASVINGO—It's almost a week now with dry taps in the city, raising serious health concerns as the majority of residents are relying heavily on borehole water which does not conform to the World Health Organisation (WHO) standards according to the Service Level Benchmarking (SLB) peer review report released in June.
The Town Clerk has since issued a statement on the crisis saying they are working flat out to rectify the problem but no timeline has been given on when normal supply will be restored.
"The City of Masvingo wishes to advise that due to multiple faults on the pumping equipment, the pumping capacity is constrained to half the normal supplies since Thursday night. As a result, water supplies to the city have been low resulting in water shortages in most parts of the city.
"The city is seized with carrying out repairs to the equipment that has been taken to Harare for repairs. While every effort is being made to expedite the repairs, we are unable to give a date when supplies will resume at full capacity," said Gusha in a statement.
City council commission chairperson Godhati Dunira said the pumps are too old and ultimately would need to be replaced so that the problem can be dealt with once and for all.
"There are three pumps at the main water works and at any given time two pumps will be running while the other one will be on standby. Right now two pumps are down and we are pumping with one at 50 percent capacity.
"This means most areas will not receive the water and we urge people to conserve the little water they have while we work on the problem. The pumps are too old and we want to make sure that the council purchases new pumps so that we remedy the problem at once," said Dunira.
The city council has put in place some relief including sending out water bowsers to the worst affected areas and closing off supplies to low lying areas to allow the available water to reach more areas.
Masvingo United Residents and Ratepayers Alliance (MURRA) spokesperson Godfrey Mtimba said the council has to put their house in order before people start to get sick.
"We have always said the pumps were overwhelmed and new ones should be purchased but our plea fell on deaf ears. Now we are suffering because of their arrogance.
"Four days without running tape water is a serious threat to our health and we are going to take the council head on if they do not rectify the problem. The water from the few available boreholes was deemed unfit for drinking so where do they expect us, in the middle of this poverty, to get safe water for drinking," said Mtimba.local