Mberengwa murder fugitive turns self in 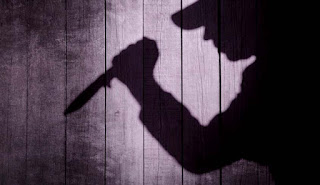 A Mberengwa man who allegedly murdered another at a bar in March recently turned himself in and was arrested after almost five months on the run.
Midlands province police spokesperson, Inspector Ethel Mukwende appealed to the members of the public to solve their disputes amicably and seek mediation so as to avoid unnecessary loss of life.
By the time of writing, Lameck Zhou (38) of Ushe village under Chief Muposi was due to appear in court on charges of murder related to the death of Tofara Zhou (46) of the same village.
Details gathered by TellZim News are that on March 29 at around 21:40 hrs at Chaza business centre, the suspect and the now deceased as well as other patrons were having a drink at a bar.
At that time, the bar lady identified only as Theresa (45), announced that people should leave as she now wanted to close the bar.
Lameck, however, refused to leave and Tofara intervened, telling him that he should allow the bar to be closed, and this led to a harsh exchange of words between the two.
Lameck got out of the bar and went into a disused building nearby with Tofara following him, but only to come out and collapse outside.
Tofara's younger brother, who was also at the bar, rushed to find out what had happened and found his elder brother unconscious.
A Good Samaritan later drove Tofara to Chaza Clinic where he was confirmed dead upon arrival, and Lameck was nowhere to be found.local
Share !