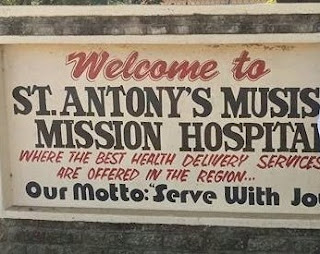 ZAKA – Musiso Mission Hospital matron, Modester Mutombwa has reportedly been sent on a three-month forced leave after a dispute with the priest-in-charge, Fr Fidelis Dakwa.
Sources told TellZim News that Mutombwa crossed the priest's line by refusing to lend the hospital's car to Musiso High School.
"Father Dakwa instructed that Musiso High School be allowed to use the hospital's car for their errands since theirs was not there. The matron, however, refused and this angered the priest, leading to her being sent on forced leave pending dismissal," said the source.
Roman Catholic Church Masvingo diocese vicar general, Fr Walter Nyatsanza dismissed the claim saying the matron was just on leave and nothing else.
"I haven't heard of any disagreement between the two. What I know is that she is on leave," said Fr Nyatsanza.
Other sources said Fr Dakwa wanted to get rid of Mutombwa so that he can exert more influence on all Mission institutions.
"Dakwa wants to control everything within the two institutions. He does not want to be challenged and that is why he was not in good books with the matron. He wants to get rid of her like he got rid of the school's previous school head, Immaculate Tinago," said another source.local
Share !