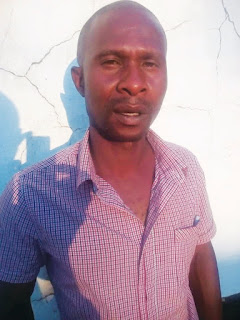 The Zimbabwe National Youth Service Graduates Association (ZNYSGA) last week lashed out at 'unwarranted attacks' on the country's institutions of governance by various faith-based organisations.
In a strongly-worded statement released by its national public relations officer, Tariro Bwerinofa, ZNYSGA attacks the church groups for being insincere in their work.
"The Zimbabwe National Youth Service Graduates Association would like to express its deep concern over the unwarranted attack on our institutions of governance by the so called Ecumenical Church groups and the so called Civil Society of Zimbabwe on their released statement on Thursday 16th of August 2018," the statement reads.
Various ecumenical groups recently released a statement demanding judiciary independence in the MDC Alliance's Constitutional Court application against President Emmerson Mnangagwa's presidential election victory.
Addressing members of the media at Media Centre in Harare, delegates from the Zimbabwe Divine Destiny (ZDD), United Citizens Alliance, War Veterans Peace Initiative Forum (WVPIF) and Zimbabwe Prayer Network (ZPN) blamed Zec chairperson, Priscilla Chigumba for provoking the post-election instability that saw the killing of civilians by soldiers in Harare, saying she was arrogant and unaccommodating to very pertinent concerns.
However, ZNYSGA labelled the church groups as agents of darkness that purport to be agents of light.
"As patriotic members of our society we are forced to issue this statement after realising that we are surrounded by these dubious organisations who dwell in pretence by siding and praising hooliganism. They seem not to see the spirit of unity, peace and progress which was and is being inculcated by the leadership of President Mnangagwa. They seem to enjoy the perpetuation of negativity by their barbarian sectorial membership in our society who are the supporters of the opposition," the statement reads.
The group also made a veiled attack on the MDC Alliance, saying it was the only party that was stoking tensions in the country when everybody else was preaching peace and unity.
"Zimbabweans on the period starting 1st of July 2018 were afforded an opportunity to exercise their right to choose the leadership which they so wish to guide them for the next five years be it a councillor, MP up to the President. The environment was very conducive and afforded everyone an opportunity to exercise his or her right in a peaceful manner. During this period, we witnessed only one party which was so arrogant and was propagating hate speech and violence throughout the campaign. This party was never condemned by these so called pretenders who today appear to be preaching the voice of reason," the statement further reads.
The statement also calls for peace, saying people of the country had suffered enough they could not afford to be divided further.
"As Zimbabweans we appreciate a culture of tolerance, respect, selflessness, over and above party affiliations," it reads.local
Share !