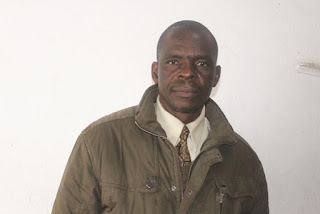 Nemanwa Primary School are the latest winners of the biennial Reformed Church in Zimbabwe (RCZ) Moderator's Merit Award for primary schools after a meticulous selection process.
The award was presented to the school on June 30, with many dignitaries from the RCZ as well as school heads from fellow RCZ-run schools gracing the occasion.
RCZ education secretary, Samson Shava later told TellZim News that Nemanwa Primary had distinguished itself in terms of everything that is considered for a school to win the award.
"We are impressed by the progress that Nemanwa Primary is making. They have proved themselves worthy of the award and our hope is that this will inspire all our schools to do better in whatever that needs to be done. We congratulate Nemanwa for the feat," said Shava.
Primary schools that are run by RCZ in the region are Gutu, Marozva in Bikita, Chamarare in Zimuto, Copota in Zimuto, Henry Murray at Morgenster Mission, Muzogwi in Chivi as well as Nyashanu and Makumbe; both in Buhera.
Factors that are considered in determining a recipient of the award include overall infrastructural development, performance of pupils in class as indicated by grade seven results, administrative efficiency and performance in sports.
Besides its consistent record of good grade seven results, Nemanwa Primary has a thriving banana project and has built an impressive cultural village which typifies the traditional day to day lives of Karanga people.
Earlier this year, Nemanwa Primary excelled in the Primary Schools Heritage Quiz Competition that is sponsored by the National Museums and Monuments of Zimbabwe (NMMZ).
"This does not mean that other schools are not good; all our schools are doing well and we would like to motivate them to do more. They must know that it is possible for anybody to win. Right now, we are looking at what we can do for such schools as Nyajena Secondary and Muzogwi Primary. These have not won anything but we feel that they have made immense progress at their own level," said Shava.
Nemanwa Primary head, Clever Madzivire said he was pleased that the school's efforts were now paying fruit.
"We thank our responsible authority for appreciating our work and motivating us to do more. There is indeed many other good plans we have for the school and we will keep on working together to achieve more," said Madzivire.education