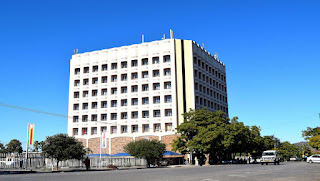 The defeat of the opposition in the just-ended harmonised polls by Zanu PF has divided opinion, with many people supporting the yet to be proven rigging allegations by the MDC Alliance while others want the issue to be put to rest.
TellZim News conducted street interviews in Masvingo Urban where the MDC Alliance won the parliamentary seat and retained its majority in council.
Malvin of Mucheke F said Zanu PF's victory spelled disaster for the country.
"This is bad news for the young generation. Zanu PF has proven beyond doubt that they are incapable of turning around the economy. Five more years with that party in charge means we will grow old without anything of our own and living in the shadows of our parents," he said.
Robert of Runyararo West said it was true that the Zimbabwe Electoral Commission (Zec) had rigged the election on behalf of Zanu PF.
"They rigged the elections. I don't think they have anything to prove to us because they have repeatedly failed over the years and they should just let new blood take over," said Robert.
Miriam Machingura of Chesvingo said she did not believe Zanu PF would ever accept defeat in an election administered by Zec.
"The election results are never determined by those who vote but by those who do the counting. We will vote in our numbers but the result will always shock us. As long as Zec runs the elections, Zanu PF will never lose any election," said Machingura.
One elderly vendor in Victoria Range, however, defended Zanu PF's victory and said she believed President Emmerson Mnangagwa will deliver on his promises.
"I believe he can deliver what he promised us. Politicians do lie of course but I am prepared to give him the benefit of the doubt and some time to prove himself," she said.
Rosemary of Sisk said Zanu PF had cleansed itself and had earned a well-deserved victory.
"People should accept that Zanu PF won. I believe President Mnangagwa is different for the old order and he should be given a chance to prove. The more time we take fighting the result, the longer it will take him to move the country forward," she said.local
Share !