Tk dreams music from Cypriot base 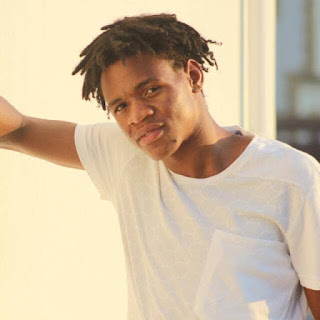 Youthful R&B gospel musician Tinashe Kwangwari, popularly known as Tk, has released his debut album from his Cyprus base where he is pursuing journalism studies at Near East University.

The seven-track album, which is titled 'Miracle life journey', has been receiving considerable airplay on Cypriot radio stations and can also be accessed on YouTube.

Kwangwari, who is in his second year at university, began taking a serious interest in music in 2010, learning how to play the keyboard while still living in Masvingo where he interacted with many producers.

He told TellZim News he was born and raised in a religious family but was unable to record his music due to financial constraints.

He only managed to release his first single 'I testify' on March 22, 2017, but the song, unfortunately, did not do very well.

"On my birthday this year, l dropped one of the songs from my album which has now since been released.  The song is called 'Ndasunungurwa', an old Zimbabwean chorus which I played around with by adding my own verse onto it. It's a beautiful track that you would not want to miss.

"The album itself is largely pop infused with some R&B beats. Also included is an Afro song, and there is a love song too which is titled 'She ain't no Jezebel'. My good friend Hailey, who is also based here, is featured on two songs that we did together," said Kwangwari.

He said he looked forward to a great music career and making a difference in people's lives through the message of his songs.entertainment