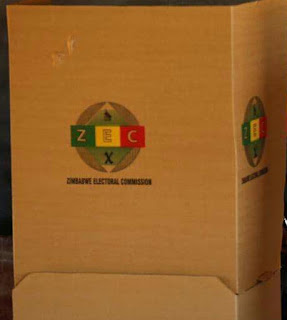 …condemns post-election violence
TellZim Reporter
The United States State Department yesterday, 03 August, spoken on the conduct of the Zimbabwe's recent elections, praising the peaceful voting process but condemning the violence that erupted in Harare on Monday.
In a statement, State Department spokesperson, Heather Nauert says it was unfortunate that what began as a peaceful process had later degenerated into violence.
"The Zimbabwean people turned out massively to cast their votes, underscoring their aspirations for a better future, despite challenges during the pre-election period.
"Unfortunately, Zimbabwe's success in delivering an election day that was peaceful, and open to international observers, was subsequently marred by violence and a disproportionate use of deadly force against protesters by security forces.
"We extend our condolences to the families and friends of those killed and injured and appeal to the leaders of all parties to urge their supporters to act peacefully.
"The United States welcomes the commitment by the Zimbabwe Electoral Commission to release comprehensive election results in a form that provides full transparency. The United States will continue to review the data collected by its own observation teams, international observation missions, and by local observers to make a complete assessment of the overall election," the statement reads.
It also urges all stakeholders to peacefully seek the address of any grievances they may have, and to do so through the established legal channels.
"The United States remains focused on working with Zimbabwe as its people and government strive toward still-needed comprehensive electoral, political, economic, and human rights reforms," it reads.topnews