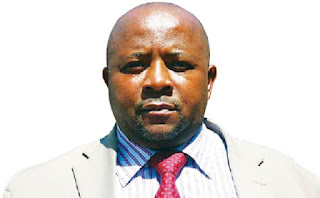 MASVINGO - The Zanu PF national youth league boss Pupurai Togarepi has emerged victorious in Gutu South after garnering 7 938 votes against the MDC Alliance's 6 052.
A total of six candidates raced to represent Gutu South in the national assembly but Togarepi romped to victory.
During his campaign, Togarepi said he would be a servant of the people of Gutu South and would push for development.
"The people of Gutu South deserve someone who takes their issues to parliament and pushes for the development of the constituency. Gone are the days when people used to crave to meet someone whom they would have voted for.
"I will be the people's servant and will be consulting throughout my term," Togarepi said at one of his numerous campaign rallies.
Though Togarepi could not be reached for a comment after his victory, provincial youth league boss Brian Munyoro said he was happy that his senior has been given another mandate to lead.
"Leadership is an in born thing. Togarepi has been vilified during the factional wars but he remained resolute until he got back to lead the youth wing.
"He has once again been rewarded to lead the Gutu South constituency in parliament and we are proud as youth from Masvingo to have such an honour," said Munyoro.
Togarepi takes over from ousted former legislator Paul Chimedza who has been given a five year suspension for supping with the vanquished G40 faction.
During his term, Chimedza did a lot of developmental projects some of which have been left unfinished owing to factional fights.politics