All eyes on ED cabinet 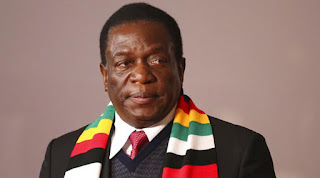 While some people are still struggling to come to terms with the reality that Zanu PF will be in charge for the next five years, reality has since dawned on many others and all eyes are now fixated on the new cabinet which President Mnangagwa will choose to run his government.
The Vice Presidents and parliamentarians have been sworn in amid general consensus from both Zanu PF and opposition that the country is on the brink and would need a fresh cabinet that inspires confidence, not the same old, inept deadwood.
President Mnangagwa's first undoing was the reappointment of his old deputies whom many had hoped would be reassigned.
Comradeship seems to have influenced Mnangagwa's decision on his deputies and that has already caused doubts on many who dream of an economic turn-around.
Sources close to the developments say each province will get at least one minister but Mnangagwa has a big pool of candidates to choose from.
"The President has a lot of people whom he is indebted to but not all of them will be rewarded with ministries.
"The plan is to at least give each province a ministry. Other provinces may get two or more but every province has to be represented. The President has to balance between his cronies and the economy.
"He needs a cabinet that inspires confidence while, at the same time, not disappointing his allies," said the source.
The source said Masvingo was the most troublesome province for Mnangagwa as it houses many people who stood by him during trying times.
"Masvingo has a lot of loyal people who qualify for cabinet posts but most of them do not inspire the much needed confidence. The likes of Lovemore Matuke, Josaya Hungwe, Pupurai Togarepi, Engelbert Rugeje, Winston Chitando, Amon Murwira, Johnson Madhuku and Davison Marapira among others are potential cabinet ministers," revealed the source.
TellZim News established that Marapira, Chitando and Murwira are the top names to hit Mnangagwa's cabinet list from Masvingo while Madhuku has been short listed for a deputy minister position.
Political analyst and Great Zimbabwe University (GZU) lecturer Davidson Mabweazara Mugodzwa said Mnangagwa will not rush to announce his cabinet any time soon despite the pressure he is getting from the military.
"Let us wait and see but I do not think he will announce the cabinet any time soon. He is leaving room for negotiation. No one in Zanu PF inspires the much-needed confidence and Mnangagwa in his wisdom knows that.
"The economy has already begun to show signs of negative reaction to Zanu PF so let us wait and see where it will all lead to," said Mugodzwa.top news
Share !