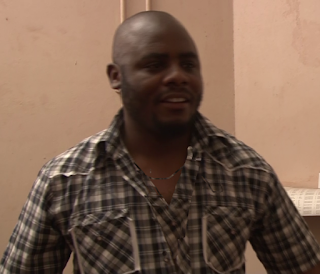 The local film and television industry will have something to smile about following the launch of a film competition earmarked for junior schools in Chipinge.
The competition has been launched by Visual Audio Centre for Arts Initiates (VACAI) in collaboration with St Albertina Junior School.
According to the director of VACAI, Elvis Nyanhongo, the aim for the competition is to support the new education curriculum through live arts.
"We want to empower school pupils in Chipinge, starting with those in Grade 3 and Grade 5. Our vision is to give our children skills in arts so that they will be able to shape their careers as this dovetails with the new education system which recognises arts as a lifelong skill," said Nyanhongo.
On how the competition will run, Nyanhongo said pupils shall do filmmaking at each school and produce their own films that will then be judged against what others will have produced.
"Pupils who are good at composition writing will be script writers, those fluent in reading will be narrators, those good at photography will be camerapersons while those good at computers will be editors and so on. We want every pupil interested in the art to get involved.
"School teachers know their pupils better. They are the ones who should help select a school team to compete with others. Teachers should give those talented in arts an opportunity to express themselves well.
"The competition shall act as a feeder for film schools and universities in Zimbabwe since the pupils will need to be certified for the film and television industry. We also aim at televising the competition on the national broadcaster," Nyanhongo said.
Chipinge has approximately 120 primary and 65 secondary schools.local
Share !