‘ED coming to Chivi for rituals’ 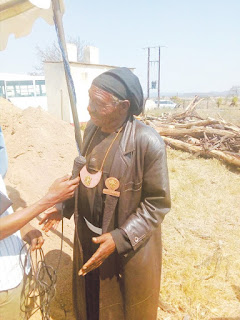 CHIVI - President Emmerson Munangagwa is expected to visit the district at the end of this month for cultural rituals as well as for celebrations of his recent electoral victory, TellZim News has been informed.
Traditional leaders who preferred not to be named said Mnangagwa will pay a courtesy call on them on September 29.
"We can confirm that we have held several meetings in the council boardroom and the President is indeed coming at the end of this month. A traditional ceremony will be held in the Nyaningwe Nhema mountains after which people will retire to Chief Madyangove's homestead where the President will meet the people," said one traditional leader.
It has also been learnt that the ceremony had been moved from Headman Matsveru's homestead in consideration of the traditional Murambwi clan's sacred sites.
"Nyaningwe is and has always been the home of our forefathers. That is why we said no, we can't hold our rituals anywhere else.
"Proceedings will begin on Friday September 28 but we have been informed that the President will be committed with something else in Harare and he will only be able to join us the following day.
"Preparations are at an advanced stage and the traditional brew will be flowing. So far, we have raised more than 20 buckets of millet for that purpose and donations are still coming in," another traditional leader said, adding that the platform will also be used for ritual thanksgiving to the ancestors.
The highly renowned Murambwi spirit medium, Nehoreka, who is in charge of the preparations, is expected to be the director of ceremonies.local