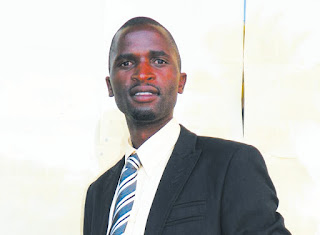 Losing National Patriotic Front (NPF) Masvingo Urban parliamentary candidate in the July 30 harmonised election, Michael Taderera, stands implicated in a serious fraud case at Great Zimbabwe University (GZU) after he allegedly forged a signature and defrauded the institution of US$4 000 last semester, TellZim News can reveal.
Taderera who is the GZU Student Executive Council (Sec) vice president, is said to have conspired with treasurer's Ruzivo Shumbamhini and Tasangana Muwani to forge the Sec presidents' signature and withdraw money from the student body's charity fund.
Information at hand says the trio went on to write fake minutes of a caucus meeting which they conducted and submitted names of people whom they supposed were to have their fees paid by the fund.
The money was, however, allegedly channeled towards the trio's own fees and three other people said to be their girlfriends.
When conducted for comment, GZU Sec president, Davis Mutazu confirmed the issue saying the incident happened while he was out of the country.
He said he was in possession of the alleged fake minutes which were submitted to the school.
"I can confirm that Taderera and the treasurer's conspired to forge my signature while I was in Botswana on school business. They got more than $4000 and paid their school fees and I now have the minutes which they submitted to the school," said Mutazu.
When contacted, Taderera was hostile although he confirmed that Mutazu's name had miraculously appeared on the minutes.
"Nothing like that happened. We didn't forge his signature, his complaint is that his name appeared on the minutes when he didn't attend the meeting," said Taderera.
Further asked why they had put Mutazu's name on the sheet, Taderera declined to comment saying he did not want to talk about the issue since he didn't know the reporter.
"I don't want to discuss such serious issues over the phone because I don't know you. If you want the details, then you have to come and meet me," said Taderera.
GZU Sec secretary general, Blessed Chuma said he could not comment much on the issue since it was still being investigated.
"I cannot comment at the moment because the issue is still under investigation. We will let you know after the investigations are over," said Chuma.
When contacted for comment on Thursday, GZU Director Information and Public Relations, Anderson Chipatiso, said he had not yet heard about the case. He promised to come back after finding out but had not done so by the time of going to print.top news