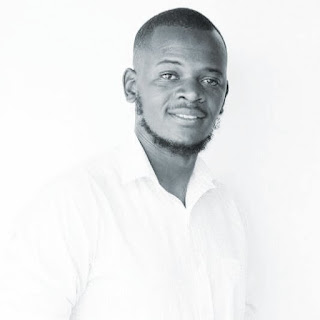 Chipinge Youths Housing Scheme vice chairperson Ashirai Mawere has repeated his plea for President Emmerson Mnangagwa to intervene following the recent disruption of a public enquiry into the youth stands scandal by a mob purportedly sent by Zanu PF Manicaland provincial youth vice chairperson Dorothy Mabika.
The disruption happened on September 04 when the slobs, donning Zanu PF regalia, stormed Chipinge Country Club and disrupted proceedings.
They reportedly claimed to be working to protect Zanu PF from Mawere and other elements whom they accused of trying to destabilise the party in the province.
Many ruling party members, victims of the scandal and residents had turned up for the meeting with members of the Land Commission.
The enquiry was meant to get clarifications and evidence on the scam that involved several Zanu PF youth league members including the now deposed party provincial youth leader, Mubuso Chinguno.
The scandal saw US$400 000 meant to develop land into residential stands for several subscribers being misappropriated by Causpen Investments Pvt Ltd, a company linked to Chinguno which had been contracted to administer the project.
The commissioners were, however, reportedly prevented from hearing Mawere's presentations after only listening to presentations by Zanu PF Manicaland youth league representative, Pedzisai Mudhende who only blamed Chinguno for the scandal.
The alleged disruptors are reported to have said Mawere could not be trusted, claiming he did not like Mnangagwa, although the victims themselves had asked him to represent them.
Speaking to this publication later on, Mawere said it was unfortunate that proceedings had been disrupted.
"We had gathered enough proof to present before the commission but we did not get a chance to speak. As soon as Mudhende finished making his biased presentation, an order was made to prevent me from speaking. A hired mob of youths in Zanu PF regalia supplied by Dorothy Mabika took to the stage shouting 'Down with Mawere'. The commission tried to stop them but failed and the meeting was then called off and the police helped people to leave.
"The rogue mob said I was an enemy of the President and they did not want to hear my presentation yet they I am helping his commission with useful information on a serious land scam that has affected thousands of youths," said Mawere.
He blamed Mabika for the disturbances, saying she was desperate to cover up some tracks in the whole scandal.
"They are so desperate to block the commission's justifiable work that they can do anything but their actions have consequences," said Mawere.
He said he will still hand over the evidence to the commission and will write to Causpen secretary, Ellen Mwale demanding to know what happened to the money.local
Share !