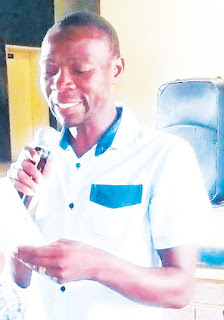 CHIREDZI - Newly-elected Chiredzi North Member of Parliament (MP) and successful sugarcane farmer, Roy Bhila was last week dragged to the High Court by a Chiredzi businessman, Denford Chikanyau for allegedly failing to clear US$14 000 in debt accrued when he purchased a  mobile crane in 2014.
Chikanyau, who is being represented by Martin Mureri of Matutu and Mureri Legal Practitioners, filed summons stating that Bhila, who is cited as the defendant in the case, breached their agreement by failing to clear US$14 000 of the US$20 000 debt.
According to the summons, Bhila and Chikanyau entered into an agreement of sale for a mobile crane on March 1, 2014 at a cost of US$20 000. The defendant paid US$6 000 and promised to swop with his Toyota Hiace worthy US$13 000 but failed bring the car forward.
"On the 1st day of March 2014 and at Chiredzi, Plaintiff sold a mobile crane to the defendant for $20 000 and in terms of the written agreement the defendant swopped with a Toyota Hiace Kombi Registration Number ACQ 2284 worth $13 000 and also paid $6 000.
"After the aforementioned proceedings were finalised, the defendant kept the Toyota Hiace Kombi and also the mobile Crane and has refused to either return the Toyota Hiace Kombi, the crane or to pay the outstanding balance. The Plaintiff submits that the Toyota Hiace Kombi is no longer worthy $13 000 as it is being intensively used by the defendant at his farm," reads the summons.
On his part, Bhila, who is being represented by Emmanuel Chibudu of Kwirira and Magwaliba Legal Practitioners, requested for further particulars to enable them to plead.
"Was the agreement to sale the mobile crane written? If it was written when was it signed by the parties?" reads part of the defendant request for further particulars.local
Share !