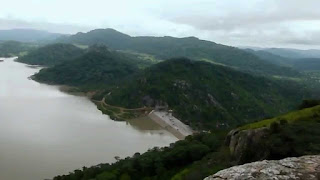 CHIVI - The Musvinini irrigation and fishery project in Ward 15 has gone a long way in improving the livelihoods and nutrition of the community, TellZim News has learnt.
The project, which was initiated and financed by Care International three years ago, is situated about 15 kilometres from Chivi growth point.
During construction of the dam, villagers benefited from the food for work programme as they were paid in kind for their labour. After completion of construction work, irrigation plots were given to villagers from a number of villages that include Takaidza, Mapaike, Zimuto, Ruzive and Bvuchete.
Once the irritation project was underway, Care International introduced different fish species in the dam to improve nutrition in the community.
One of the beneficiaries of the projects, Pisirai Ruzive said the community had already started to enjoy benefits from the dam and was grateful to Care International for providing them with a lasting solution to some of their problems.
"Chivi is a semi-arid place, meaning we generally receive below average rainfall. Our irrigation project has immensely contributed to our food reserves. Through fishing activities in the dam, we have seen the diet of the community improve considerably," he said.
This was echoed by George Tirivanhu who added that some enterprising villagers were already taking advantage of the dam's water to improve their income.
"We used to go fishing in Tokwe-Mukosi (ranamed Tugwi-Mukosi) but thanks to Care International, we are now doing this locally. We are, however, not happy that the dam's committee wanted us to pay a nominal fee to fish. We protested and the fee was scrapped," said Tirivanhu.
Tariro Sibanda said while the dam had come at the most opportune moment, the problem of the baboon population in the area had to be addressed as a matter of urgency.
"Baboons wreak havoc on our crops and I believe once in a while, we should be assisted to scare them off. We have tried everything but due to the terrain, the baboons won't go away. All plot holders are now paying about a dollar a month as a stipend for hired labour that keeps the baboons away," she said.
A number of crops have been put under irrigation at Musvinini Dam and when TellZim News visited the dam last week, some plot holders were busy harvesting sugar beans. This reporter was informed that the crops were consumed locally while the surplus was sold.local