Prof Maravanyika, the new man in charge of RCU 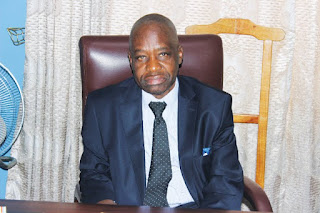 After the departure of Vice Chancellor Professor Wiseman Magwa in November last year, the Reformed Church University (RCU) began the hunt for his replacement and it came in the form of Professor Obert Maravanyika— an academic luminary, renowned researcher and experienced administrator.
Prof Maravanyika has been associated with RCU from its formative stages in the early 1990s to the present and he was the chairperson of the University Foundation Committee for many years and a member of its first council.
The new RCU Vice Chancellor will be mandated with providing institutional leadership and oversight, developing and driving the vision, mission, and strategy of the university as well as acting as chief its advocate and principal ambassador.
RCU Chancellor Reverend Dr Rangarirai Rutoro said Prof Maravanyika has been the second substantive RCU Vice Chancellor with effect from August 01, 2018.
"On behalf of the church, I would like to welcome the new Vice Chancellor, Professor Maravanyika. As the responsible authority, we look forward to the growth and sustainability of the university," said Rev Rutoro.
Prof Maravanyika is a holder of a PhD in Curriculum Analysis from the University of Zimbabwe (UZ) and a full professor.
He started his full university career as a junior lecturer at the same university in 1979 and worked his way through the ranks to Associate Professor from 1992 to 2012 and then Full Professor from 2012 to present.
In university administration, Prof Maravanyika was a department chairperson at UZ from 1982 to 1986. He was acting Pro Vice Chancellor at UZ from 1999 to 2002.
He was Acting Vice Chancellor at the then Masvingo State University (MASU) from 2002 to 2005 and Vice Chancellor at Great Zimbabwe University (GZU) from 2005 to 2012.
Prof Maravanyika said was ready to roll and will work towards creating an institution that is research-driven and one that promotes commercialisation, industrialisation and enterprise development in the curriculum for life skills development and entrepreneurship.
"We will work towards the creation of a curriculum that scratches where it itches, where programmes are geared towards exploring real life problems of the common folk with a view of lessening the burden of rural chores especially for women," said Prof Maravanyika.education
Share !