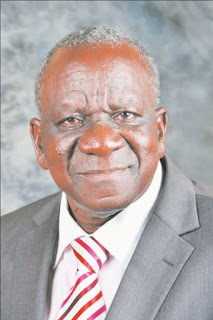 CHIREDZI - Great Zimbabwe University (GZU) Vice Chancellor, Professor Rungano Zvobgo, has called on farmers and the corporate sector in the Lowveld to work jointly in steering the country forward.
Speaking at the just-ended Lowveld Agricultural Show and Trade Fare where he was the guest of honour, Prof Zvobgo challenged entrepreneurs, big companies and farmers to contribute to the national fiscus in order to create the desired 'Corporate Zimbabwe' so that the country could once again become the breadbasket of Africa.
"Both SMEs and big corporates play a pivotal role in creating the economic streams which flow into the main river thus feeding into the national fiscus.
"I wish to urge our entrepreneurs that this 'Corporate Zimbabwe' requires all players to do their part for it to be the Zimbabwe we want. It is through diversified methods of agriculture that we will be able to be the breadbasket of Africa once again.
"The Lowveld is fortunate to have a well-developed network of water canals and rivers that flow throughout the year," Prof Zvobgo said.
He also said it was not an individual task to take Zimbabwe ahead but a collective effort of various stakeholders.
The Lowveld Agricultural Show and Trade Fare ran under the theme, 'Business on a New Trajectory...In Support of the Economic Turn-around Strategy'.business
Share !