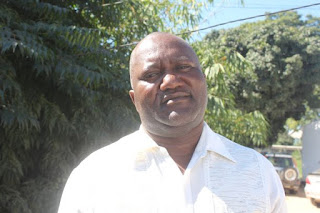 CHIREDZI - Zanu PF has threatened a witch-hunt against youth officers suspected of supporting MDC Alliance leader Nelson Chamisa in the July 30 harmonised elections.
Speaking at a meeting at Chitsanga Hall recently, the ruling party's Masvingo provincial chairperson, Ezra Chadzamira said there were youth officers who fell for Chamisa's general consensus mantra thereby prejudicing President Emmerson Mnangagwa of a convincing win in the presidential election.
Chamisa premised his campaign on a pledge to give the youth more opportunities in the decision-making processes of the country but Mnangagwa still won with a disputed razor-thin margin.
It is this thin victory that has peeved many in Zanu PF, with Chadzamira, who has now been appointed Minister of State for Masvingo Provincial Affairs, threatening stern action against some youth officers whom he claimed almost costed Mnangagwa the presidency.
Chadzamira indicated that youth officers owed Zanu PF a favour, saying their positions in government were created by Zanu PF against strong resistance from the very same opposition which the youth officers were now showing a soft spot for.
"I have invited youth officers here but unfortunately nobody came. Their jobs were created by Zanu PF for their benefit as we once disputed with MDC over freezing those posts. But interestingly, most of you today are in the forefront of de-campaigning Zanu PF while popularising the opposition," said Chadzamira.
He promised to do a review on how youth officers operated during the harmonised elections and freeze jobs for all those who campaigned for the opposition.
"We will get back to the grassroots, making some enquiries on how you were working during the election period and if you were involved in opposition issues, then it's over for you," Chadzamira said.local
Share !