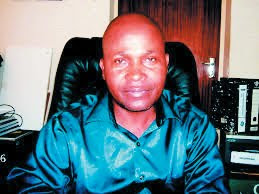 CHIREDZI - Chiredzi Residents and Ratepayers Association (CHIRRA) together with United Chiredzi Residents and Ratepayers Association (UCHIRRA) and Chiredzi Town Council management have pledged to give the new-elected councillors maximum support in order for them to deliver better services and help the town attain municipal status by the end of their five year term.
Both residents associations welcomed the recent chairmanship elections which were won by MDC Alliance's Gibson Hwende.
CHIRRA chairperson, Jonathan Muusha said they were happy with the new and young councillors who were elected in the July 30 harmonised elections.
"We are happy with the councillors we have, including the new chairperson Gibson Hwende and his deputy Ropafadzo Makumire. They are young and vibrant, and we promise to work well will them. We promise to support Chairman Hwende's pledge to restore trust between residents and council.
"I also urge residents to pay their rates in time so as to enable our new councillors to deliver better services in such neglected areas as Makondo and Magwaza," said Muusha.
UCHIRRA chairperson, Josphat Tizirayi also said residents should give the new council a chance to deliver.
"We expect to move forward with the new council chairperson and we look forward to a more fruitful working relationship between council and all its stakeholders," said Tizirayi.
Chiredzi Town secretary, Charles Muchatukwa said as the policy makers, the new councillors should deliver on to the challenge of making Chiredzi a better place to live and do business.
"On behalf of council management, we pledge to work with you and follow the direction that you give us. We don't make policy decisions as workers, whatever we implement comes from you so the success and failure of this council rests with you. All we can do is give advice and it's up to you to follow or defy the advice," said Muchatukwa.local
Share !