Lake October Fest on this weekend 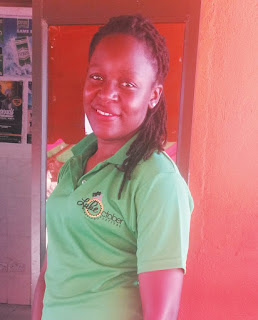 The inaugural Lake October Festival begins this Friday (today) after several weeks of intense preparations by the organising committee and other stakeholders.
People gathered at New Urban Lifestyle Lodge in the evening of October 11 for the official launch of the fanfare which was graced by many people from the city.
The opening event of the festival is the Two Legends Concert to be headlined by Oliver 'Tuku' Mtukudzi on Friday October 19 at Caravan Park, followed by the various exciting activities on the shores of Lake Mutirikwi.
Speaking at the launch, October Festival management committee chairperson, Garikai Garande said the initiative could be a ground breaker in efforts to develop Masvingo's full tourism potential if all people came to support.
"This is a deliberate plan to bring out the best that our province has to offer in tourism terms. There are so many areas of interest that need us the people of Masvingo to explore and develop for the good of our society. We have, therefore, come up with the October Festival initiative that we feel will give each and every one something exciting," said Garande.
He said the Two Legends Concert, the half marathon on Saturday as well as other activities like the golf tournament at Masvingo Golf Club, beach ball games and other lake side activities were meant to entertain the people while raising funds for charity.
Garande thanked such corporates as N. Richards Group, Steward Bank, Econet Wireless for supporting the initiative.
Lake October Festival public relations manager, Rudo Lulu Shoko promised that all festival goers will have a nice time as wholesome activities were organized to suit the interests of everybody.
"The activities are meant to recreate the face of Masvingo as a place where people can come and enjoy the little spare time they might have. There will be activities for the whole family and a lot of people downstream will benefit from this charitable cause," she said.
The launch was attended by many people including City of Masvingo mayor Collen Maboke and other council officials including former mayor Hubert Fidze, as well as staff from the office of the Minister of State for Masvingo Provincial Affairs Ezra Chadzamira.local
Share !