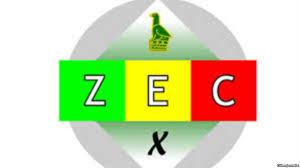 CHIREDZI- Losing Chiredzi North constituency National Patriotic Front (NPF) parliamentary candidate in the July 30 harmonised elections, Joseph Chiturumani says he is yet to know the actual number of votes cast for him.

In an interview with TellZim News, Chiturumani alleged there was collusion between Zanu PF and the Zimbabwe Electoral Commission (Zec) to rig result in the constituency.

He said his agents, as well as those from the MDC Alliance were chased from more than 10 polling stations and he was also forbidden to verify results before signing for them.

Chiredzi North, with almost 45 000 registered voters, recorded a massive vote for Zanu PF, with its candidate Roy Bila eventually winning the seat against Chiturumani and Faith Machiva of the Zimbabwe Partnership for Prosperity (Zipp). MDC Alliance failed to field a candidate in the constituency.

"Most of our agents were sent away from polling stations by presiding officers who said their names had not been submitted but that was not true. I submitted their names on the same day that Zanu PF submitted its own list of polling agents.

"I even contacted district Zec officer, Hendrina Mukuvare who then referred me to Mai Njitimani, who was the chief elections officer for Chiredzi North but she was not even helpful at all," said Chiturumani.

He said he was denied an opportunity to verify the results before signing for them after being told that the law had changed.

"Presidential and MP results were just declared without us candidates being given a chance to verify them. We were ordered to simply sign for them after Zec officials said it was illegal for us to verify them. I did not see V11 forms from the 13 polling stations where our agents had been turned away.

When contacted for comment, Makuvare dismissed all the allegations, saying she even went out of her way to accommodate all candidates' polling agents.

"There was no any agent who was chased away unless he failed to ferry them to their respective polling stations. That is a total lie, we submitted all agents' names to command centres and we were even soft with them because according to the Electoral Act, agent names should be submitted three days before the election day but for the sake of transparency so we accepted even late comers.

"I even met one of his agents who was claiming his payment from us, meaning he did not even pay those agents," said Makuvare.politics