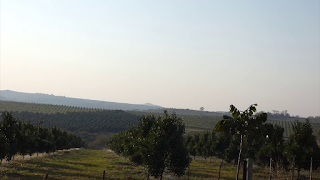 Stephen Ephraem
When the small farming town of Chipinge town was established around 1957, crops that put the upper Chipinge areas on the commercial agriculture map included tea, coffee and maize.
Dairy cattle headlined livestock farming, leading to the establishment of a Dairibord depot and a coffee research stations.
Fast track to this day, macadamia nuts have overtaken commercial crop production.
In her book named In Gardens of Hawaai, Marie Neal says, 'macadamia nut tree is a fast growing, regular-shaped, medium-sized tree with heavy dark green foliage and is part of the protea family which originates from Australia. The nuts have smooth hard shell that encases a white kernel.'
The Crop and Livestock Department (formerly Agritex) records reveal that in Chipinge, macadamia nut trees do well in high rainfall areas whose altitude is 800m or more above sea level. This explains why the trees flourish in Chipinge areas that lie in the Natural Farming Region 1 and 2. The department also warns that macadamia nuts do not produce in under cold and frost conditions.
According to the Crop and Livestock Department, Chipinge's has over 5 000ha under macadamia production. Large scale farmers have 3 242ha, small scale farmers 93ha, communal farmers 16.5ha, A2 farmers 2 245.6ha, A1 farmers 145.6 ha and old resettlements 10ha.
Large scale farmers, who include companies like Makandi, Ariston's Southdown Holdings, Buzi Tea Company and Tanganda Tea Company have more hectarage due to their enormous financial resource base. On the other hand, A1 and A2 farmers expand only in number of farmers than hectarage.
In June this year, when the former Minister of State for Provincial Affairs for Manicaland, Monica Mutsvangwa visited Enhoek Estate that houses Buzi tea factory, it was revealed that Chipinge is now thriving on macadamia nuts production. Director of Buzi Tea Company, Willemse Steyl said: "Chipinge is doing well on macadamia nuts production and has to increase its export. Everyone has to start somewhere and this is where we are as a district."
During the same visit, vice chairperson for Macadamia Nuts Association, Makuwe encouraged all A1 and A2 farmer to establish at least one hectare of macadamia at their farms, a call that was supported by Mutsvangwa.
Macadamia nuts farmers are facing serious challenges of theft, with theft cases of the nuts headlining many criminal cases at the Chipinge Magistrates' Court.business