NACZ engages Masvingo artists on how to grow industry 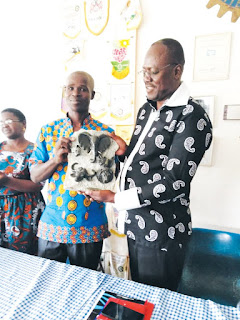 The new director of arts in the National Arts Council of Zimbabwe (NACZ), Nicholas Moyo last week, October 04, visited Masvingo for two hours of face-to-face interaction with local artists at Charles Austin Theatre.
Moyo's visit was part of a tour of all provinces of Zimbabwe for similar activities of fact finding through interaction with performing, literary, filming and visual artists.
The objective was also centred on learning what stakeholders expected from NACZ, share notes and exchange ideas that will then be channeled to the parent ministry.
Part of the discussions were on how the arts and culture sector can be supported and made to grow for it to contribute more meaningfully to the country's Gross Domestic Product (GDP).
There were also words of guidance on the route to follow for artists to be registered with NACZ and get licences that allow them to import equipment duty free.
Currently, artists are paying exorbitant amounts to get equipment from such countries as South Africa and the United Arab Emirates (UAE).
Some artists called for an audit of derelict facilities and performance centres so that a way to revitalise them could be found.
"I would want you to make an audit on all dysfunctional facilities such as community halls and performance spaces so that we revive them and turn them to creative hubs. I will link up with the National Arts Gallery of Zimbabwe so that as Masvingo, you can have your own gallery where you will display your works of art," said Moyo.
He challenged artists to be innovative and accept changes, saying in every artistic activity, there was a chance of making a good living. He also said what was needed was quality production among other things.
NACZ Masvingo provincial arts manager, Helen Mudefi later told TellZim News that she was happy to see such critical stakeholders in the arts industry coming together to discuss issues of common interest.
She said she was looking forward to seeing artists coming to register their associations and regularise their acts in order to have access to funds and to benefit from all NACZ programmes.arts
Share !