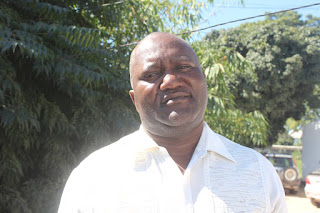 Clayton Shereni
Newly-appointed Minister of State for Masvingo Provincial Affairs, Ezra Chadzamira has spoken against the creation of artificial shortages in the economy for the purposes of profiteering.
Speaking at his welcome ceremony held at the Civic Centre recently, Chadzamira criticised some businesses for unjustified price increases.
"It will come a time when we will take shops that belong to those who are troublesome, those who don't want to work for the nation. We will take the shops and give them to those who want to work for the people.
"You should desist from increasing prices every day because what you are doing won't solve anything," said Chadzamira.
There have been exorbitant price increases of basic commodities and severe fuel shortages in the whole country in recent days, with government laying the blame partly on unscrupulous business practices bordering on sabotage.
Chadzamira, who is the Member of Parliament (MP) for Masvingo West and the Zanu PF provincial chairperson, is most powerful man in the province.
He implored people to work together for the revival of local industries and the marketing of the province's investment opportunities and economic potential.
"As a province we have been given key ministries, let us work for one good cause considering the richness that we have. We want to reach everyone down to the grassroots," Chadzamira said.politics