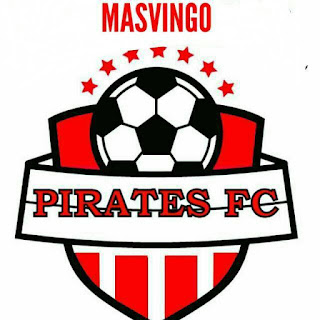 Zimbabwe Football Association (Zifa) Eastern Region Division One side, 011 Stars FC were on Sunday given yet another baptism of fire by big boys Masvingo Pirates FC; losing the match 5-1 at Mucheke Stadium.
The Chatsworth-based side were a few weeks ago walloped 8-0 at the hands of fellow debutants and log leaders, Manica Diamonds FC.
At Mucheke Stadium, the youthful side experienced yet another bad day with 'Dzinochekwa Baba' scoring the many goals to secure the maximum three points.
Caleb Masocha, Albert Zvavarungu, Washington Ncube, Tapera Machiel and former Caps United midfielder Pervington Zimunya were the most mentioned names for Pirates, while 011 Stars got their consolation goal through their opponents' own goal.
Pirates assistant coach, Billiard Muchenje hailed his charges for the superb performance and credited hard work for the remarkable win.
"Thumps up to the guys. They have been working hard in training and they applied that in the match, so we definitely deserved the win," said Muchenje.
In Mutare, the derby match between Manica Diamonds and army side Buffaloes ended one nil in favour of the log leaders.
On Saturday, another local team, Masvingo United finally won their first match under Wilson Chinosengwa; beating Prime Rangers to give the coach some reprieve.
This coming weekend will see the log leaders Manica Diamonds clashing with Pirates at Mutare Boys High School.sport