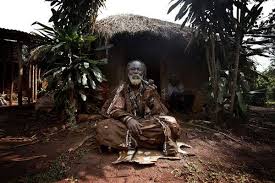 GWERU- In a desperate attempt to conceive, a 20-year-old Gokwe woman died after consuming herbs given to her by a sangoma to cure her barrenness.

Atalia Ndlovu of Cripsen Ben village under Chief Mkoba in Manoti, Gokwe, went to consult a traditional healer in the company of her husband Morgan Ndlovu (30) seeking assistance to conceive after they had gone for years trying in vain.

The sangoma who was identified as Sigauke from Chipinge gave the now deceased a concoction mixture to supposedly make her conceive.

After taking the concoction, the now deceased started complaining of severe stomach pains and was given a glass of milk to try and neutralise the effects but it proved futile as she died before she could be rushed to the hospital.

The sangoma fled when he realised that something had gone wrong and the matter was reported to the police by the deceased's husband at Manoti Police Station.

Acting provincial police spokesperson Inspector Ethel Mkwende said foul play was suspected on the incident but no arrests were made yet.

"Investigations are still ongoing and we are looking for Sigauke who is on the run. We are pleading with members of the public to come forward if they have any information regarding to the whereabouts of Sigauke.

"We urge members of the public to desist from visiting unqualified self-proclaimed health practitioners because when things go wrong, they will not be able to save the lives as was experienced in this case," said Inspector Mkwende.