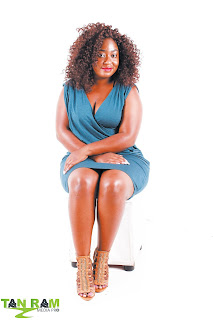 CHIREDZI – Harare-based upcoming gospel artist, Shalom Gorejena, who is also known by her stage name, Starling, recently released a single track entitled Tariro produced by Vic Enlisted.
Gorejena has three other songs to her name which are Zvese, Daddy Yo, Ndini Wacho and she is also featured on Mathias Mhere’s second album titled Nguva yenyasha.
“Growing up, I have always been inclined to art and I have been passionate about music since I was in primary school. I have so many people who helped me realise my talent, and those include my mother and my pastor,” Gorejena told TellZim News.
Her first song titled Zvese was produced by Mcdee Chidavaenzi whom she also credits for helping her discover her talented voice, and she is looking forward to working on her first album.
“I am still waiting for the right moment and maturity in my work that will help me fill the gap which I see in the industry. This will make me not just an entertainer but relevant to the time,” she said.
Gorejena has also done a few collaborations with artists like producers Mr Nox and Princo Spice and she is currently working on a song with guitarist Josh Meck.
She said the work she is doing with Josh Meck will be released soon while another track called We are the world, produced by Quazor, and which features different artists, was also in the making.