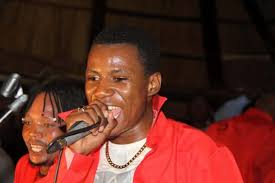 Sungura prodigy Peter Moyo has promised that his upcoming album will be the best ever, saying his short yet eventful presence in the music industry so far had helped him to continuously refine his talent.
Popularly known as Igwe among his legion of fans, the young musician, who is son to the late Sungura legend Tongai Moyo ‘Dhewa’, has given March 2019 as the deadline for the release of his much-vaunted new album.
He said he often took his time to complete working on a project because his beat was a bit different from any other Sungura beat as he builds his own sounds from scratch and without plagiarising other artists’ efforts.
“I have to sing meaningfully to communicate solid messages that build relationships, families and communities. It doesn’t have to be bubblegum music because our fan base is largely mature people with serious life stories to relate,” said Moyo.
The Kwekwe-based singer said he will be releasing an educative album to appreciate fans who support him by sacrificing their precious time and money. He said on average, he got booked each and every week.
The young Dhewa said he also had real passion for football, and had been involved with Yadah FC but decided to concentrate on music fulltime as a way of paying homage to his late father and keeping his legacy alive.
He said he was also a car dealer and a passionate farmer who appreciated the importance of making the best out of any time and opportunity that one can get.
On allegations of numerous romantic scandals and problems with women, Moyo said he was a faithful man who derived no pleasure in breaking hearts or creating controversies.
"I don't know where people get what they say because I date one lady at a time but kana tatadza kunzwanana should I not move on? I don’t want to be a disgrace and I am not what many people think I am. Tingazvigone seiko pasina anoyemura," he said.