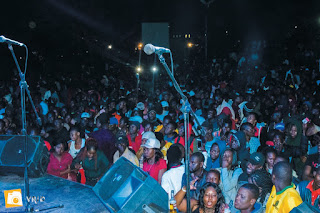 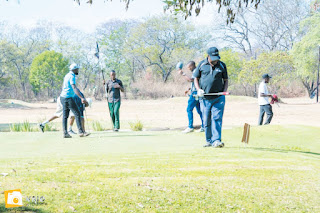 Some of the activities during the Lake October Festival

Multitudes from in and around Masvingo had a time of their life during the Lake October Festival, with activities taking place at Masvingo Golf Club, Caravan Park and at Lake Mutirikwi’s Sikato Bay on October 19 and 20
The festival saw many people turning up regardless of the biting fuel crisis and much of the funds raised were channeled towards charity.
Sport, dance and aerobics were some of the public’s favourite activities, while the golf tournament pulled considerable interest among lovers of the game.
At Caravan Park, the Two Legends Concert featuring Oliver Mtukudzi and Winky D excited, with local Panhimbe Crew performing as stage warmers. The following day, DJ Stavo also thrilled fans at the lake shore.
Lake October Festival management committee chairperson, Garikai Garande thanked people and organisations that supported the show.
“This was a deliberate plan to bring out the best that our province has to offer in tourism terms. There are so many areas of interest that need us as the people of Masvingo to explore and develop for the good of our society. I am happy that we made it and each and every person enjoyed,” said Garande.
Lake October Festival public relations manager, Rudo ‘Lulu’ Shoko told TellZim News that the response from stakeholders and participants was overwhelming and was happy with the turn up.
“The response was overwhelming. I was moved by the turn-up and the participation during the festival. The Two Legends Concert was something else as it attracted in excess of 3 000 people. This festival was for charitable purposes meaning most of the funds raised were donated to needy places,” Shoko said.
She also thanked local surgeries that volunteered some of their nursing staff, ambulances and mobile toilets to work for the success of the events.