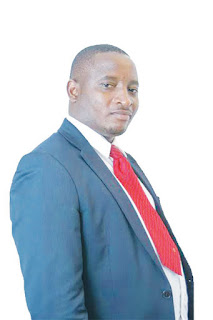 MDC Alliance Nelson Chamisa has fired another salvo at Masvingo mayor Collen Maboke, saying the beleaguered city father was a product of some Zanu PF arrangement and not the party’s choice for the coveted position.
Chamisa told TellZim News over the phone on Tuesday that Maboke was digging for himself a hole in which he would suffocate should he continue on his chosen path of defiance of the opposition alliance’s call to step down immediately.
Chamisa said the party had made itself clear on the kind of arrangement it wanted to see in Masvingo City Council, and would therefore not accept to continue being held to ransom by one man.
“This is a very straightforward one. The party through internal democratic processes, arrived at the candidate who should be mayor, and Maboke is not that candidate. Maboke is a product of some arrangement with Zanu, and we said look, we will not have arrangements that are made without the knowledge of the party. So he has to step aside, if he doesn’t, he faces the risk of being fired if he does not act to the dictates of the party.
“It is a simple one, he has to step aside and give way for a proper arrangement as required by the party. He will be expelled for sure. We can’t allow indiscipline that undermines the strength of the party. He has to step down right away or be expelled,” Chamisa said.
He drew comparisons with what happened in Chegutu and Victoria Falls where mayors were made to step down after landing the positions by contradicting the party’s preferred arrangements.
“It would be good if people are to pull together in one direction rather than remain stubborn while getting lost. We have serious work to do and we can’t be seen to be talking about the same issues every day. This has to come to an end sooner than later,” he said.
Maboke controversially landed the position of mayor at the expense of the party’s then preferred candidate Godfrey Kurauone after striking a secret trade off deal for the position of deputy mayor with Zanu PF councillors in exchange for their votes for the mayoral position.
With three councillors out of 10, Zanu PF stood no chance of taking the deputy mayoral position had it not been for the bargain.
In Chegutu, Hillary Muchatibaya was fired last week for defying party orders to step down, with six councillors suspended for voting for him against official orders to vote for Maphios Shumba.
In Victoria Falls, Somvelo Dhlamini was also forced to step down and pave way for Margaret Varley, the party’s chosen candidate.